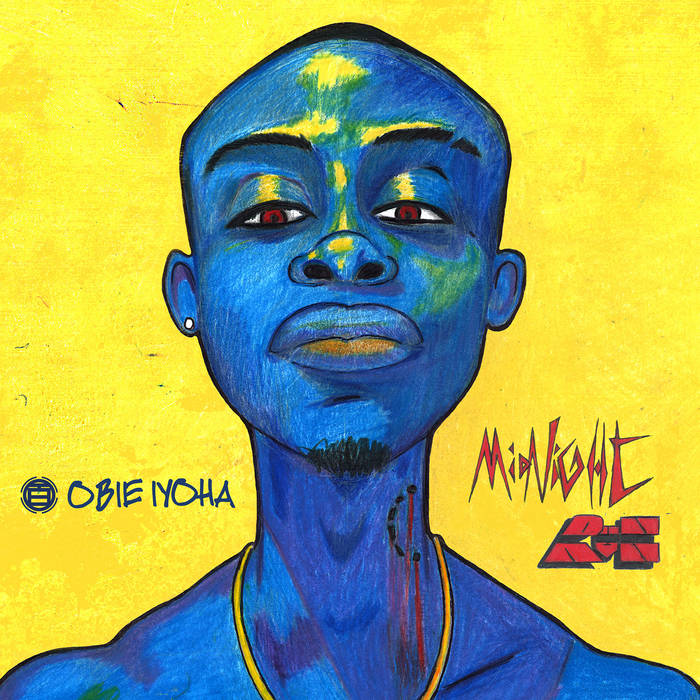 Sean Riddell Obie! Always great stuff from him. And on this album we have his developing brand of trippy rap. This is a creative dude that does what he wants with his music. You should check him out! Favorite track: Bad Love (prod by 14KT).

Approaching your official debut album can be a daunting task for most musicians, especially in the rap game. But Obie Iyoha embraced this challenge and handcrafted an opus to be proud of. With Midnight Run, The Black Opera member and Ann Arbor native asserts his range as an artist, his wisdom beyond his years, and his Nigerian heritage.

Midnight Run is a journey through the murky-water trenches of southeast Michigan, otherwise known as 'Trippyville', confronting the vices that the night has to offer. The album is laced with live instrumentation over vibey production. It flows through slow, bass-heavy trap, and onto upbeat boom-bap and dance, painting a sonic portrait of a late night excursion through the inner city. Obie Iyoha may be a new name to some, but his stories are vivid enough to bring you into his world and make you feel like it’s your own. So sit back, relax, and enjoy the journey.


All tracks mixed at The Legend Lab by Magestik Legend except “Deja Vu” mixed by Drew Denton aka Spunky Smith and “Twenty-Twelve” mixed by Steve Diehl at Saint Eve Records.

All vocals recorded by Drew Denton aka Spunky Smith except “TrippyVille”, “Midnight Run” and “Assassins” recorded by Magestik Legend at The Legend Lab.

It is easily believed that the juxtaposition of the words “BLACK” and “OPERA” make no sense. WE are here to disprove that idea. The Black Opera [TBO] has been created with the purpose of uniting opposing worlds and making perfect harmony through multi-genre artistic expressions. TBO is the world's first Performing Arts Hip Hop Collective.

This is Just The Beginning. ... more

Bandcamp Daily  your guide to the world of Bandcamp